HOW TO CREATE A SOCIETAL PROFILE

The inexorable flow of data across the Internet represents an opportunity for the violation of our communication privacy unmatched in human history. Given currrent technologies and tendencies, the result may be a societal profile.

Palm Sunday is the fictional account of a private agency that is secretly monitoring the Internet. They are culling massive amounts of data from the private communications of ordinary people, without their knowledge, to create a societal profile. 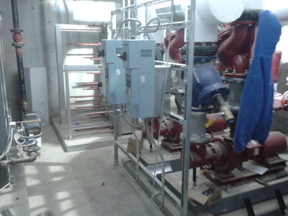 The flow of online data requires an infrastructure, and in today's world that means the Internet. What is the infrastructure of the Internet, who controls it, and what does it have to do with creating a societal profile?

According to Merriam-Webster an infrastructure is the underlying foundation or framework of a system. For the Internet this includes the wires and equipment required to transport millions of bits of data like yours from your device to or from any other device on the Internet. Although you may be using a cell phone or tablet to access the Internet, and this uses a wireless signal, ultimately your data passes over physical wires, be they copper or fiber optic. In the US those wires are part of networks owned and controlled by companies, which designated as Tier 1, 2, or 3.

There are hundreds of individual companies that make up the network of the Internet infrastructure, and all play a role at some level. So what happens to your data when you press Send? 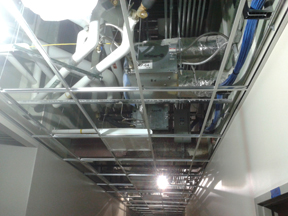 The Internet is not really one thing. It is a collection of interconnected networks, some very small, like the one in your own home, and some very large. Tier 1 companies are the most powerful, and in the United States there are currently six of these: AT&T, Verizon, Sprint, Century Link (Qwest) ,Level 3, and NTT/Verio. As Tier 1 networks these companies own massive infrastructure capacity, and freely interconnect with each other. Each can directly reach any Internet address, and they share access freely with all of the other Tier 1 networks. The Tier 1 networks are connected to each other via Internet exchange points (IXP) using the Border Gateway Protocol.

The data streams at the Tier 1 level are gushing rivers, a torrent of data funneled into a limited number of massive pathways. When mining a valuable commodity, having that commodity available in known veins of never-ending ore is optimal. The Internet backbones comprising the Tier 1 networks represent a vein of ore that never plays out. This is not to suggest that the companies themselves are the miners, but rather that the ore is quite conveniently positioned for those with the will and the means to extract it. 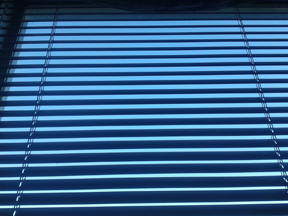 If you have ever used a computer, watched a television program, or lived on Earth, you have probably heard the word database. In a general sense most people understand that this means a place where information is stored, but what exactly is a database, and what does it have to do with a societal profile?

Conceptually a database table looks very much like a spreadsheet, with rows and columns. The difference is that a database table's columns are predefined as to type and length, whether or not they can be empty, and other criteria. Once defined, data stored in a column must conform to the column definition. A database can, and usually does, contain many tables, some of which relate to each other to make it easier and more efficient to store and look up data. Computer programs can reference database tables to process transactions, search for specific bits of data, or to otherwise read or manipulate the data.

Once populated, a database can be searched very quickly. The search could be done manually by a person, or by a computer program, and is limited only by the data contained in the database, the expertise of the person extracting it, and the access allowed by security protocols.

Populating a database with data from the Internet would provide an ongoing source for searches for specific keywords, phrases, or any combination to find patterns of interest. Of course, searches that dig into the domestic communications of U.S. citizens are strictly regulated by law, and face other challenges as well. 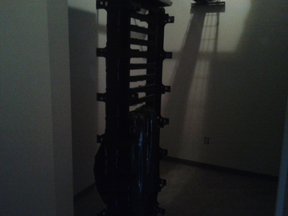 Encryption is the process of converting plain text data into an unintelligible form. This is to conceal the original meaning of the data while it is in transit. Once it arrives at its destination it can be decrypted by the intended recipient, and read in its original form. Encryption of messages has been used for hundreds of years to help protect secrets, but in the Internet age it has evolved into a mathematical process of turning words to gibberish, and then back to words, in the space of milliseconds. The key to the success of this process is the key.

All data encryption is not created equal, and what separates the boys from the men is often the length of the key. The key is required to both encrypt and decrypt the data, and the longer the key, the more difficult it is to break the code, generally speaking. Over time encryption schemes with shorter keys have fallen, to be replaced with more robust versions. The level of security of a particular encryption type is often measured in terms of how many millions of years it would take a supercomputer to crack the code by trying each possible combination, referred to as a brute force attack. Current versions of encryption are considered secure, although given enough time and processing power, nothing is absolute. Quantum computing, a fairly recent development in computer technology, may make the time assessment moot, and who knows what other technologies exist in the basement laboratories of Area 51 or the massive NSA data collection facility in Utah.

Although speculation runs wild, one does wonder why would anyone collect all that data absent the ability to decrypt it. 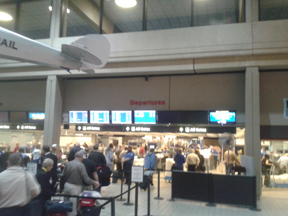 So what is a Societal Profile? Conceptually it is a process whereby an enormous amount of online communications are captured, stored in databases, and analyzed to detect patterns that reflect what society is concerned about at any moment in time. It is important that the population is unaware of this process, so as not to taint the validity of the analysis. It is also important that any identified trends have a high confidence level, so that resultant actions are appropriate. To accomplish this requires significant raw data from multiple sources, and highly complex computer processing.

The purpose of a societal profile is to identify any dangerous trends that might put the nation at risk. Precursors to revolution, for example, might signal the start of a cascade of events that could lead to the end of the nation's place of global preeminence. Once indentified, actions might be taken to forestall such a course. Thus, the reason to create a societal profile has its genesis in a presumably noble motive, the preservation of our country.

The genesis of a thing does not necessarily survive implementation. In order to implement a societal profile all that is required is the technology, the will, and the opportunity. To use it for purposes less than admirable requires the additional ingredient of evil intent. 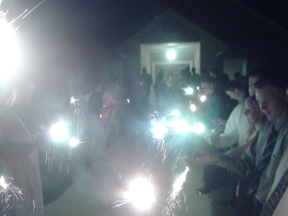 Communications are now largely Internet based, with much of the data travelling across a limited number of high traffic backbones, which may be susceptible to interception. Database technologies exist that facilitate rapid accumulation and mining of vast quantities of digital information, a difficult to resist source of raw data. Once stored in massive databases, enough time and sufficiently powerful computers, along with expertise in encryption technologies, may be sufficient to break any encryption scheme, rendering the data accessible for analysis, and the creation of a societal profile.

Social freedom is a democratic imperative, but if privacy of communication is violated on a national scale, that freedom is at risk. The hidden nature of the Internet infrastructure places it out of sight and out of mind, but if we are at least aware of the potential, it may be a first step in perserving our treasured privacy, and the very country a societal profile is designed to preserve.

Why Palm Sunday? Although it is difficult to say how ideas are formed, in this case I can pinpoint the moment of germination. I had found a handheld device at work, which someone had obviously misplaced. Hoping to return it to its owner I turned it on, but was unable to derive any clues as to the owner. This was before the advent of smart phones, iPhones, Android, or even Facebook as a phenomenon.

The more I dug into it, the more curious I became. In the end I found the owner by means completely un-technical, but the seed of an idea had been planted in my writer's mind. What if someone found such a device, and it had a more sinister history? As a well intentioned person tried to return the device, what if a less scrupulous character was trying to recover it?

A couple years later I decided to write a novel using this idea, and incorporating the notion of the vulnerability of the Internet to massive violation of privacy. The result was Palm Sunday. Although written before even the Patriot Act, the topic is even more relevant today, and the book remains available as an eBook. I hope you enjoy it!

Palm Sunday is the fictional account of a private agency that is secretly monitoring the Internet. They are culling massive amounts of data from the private communications of ordinary people, without their knowledge. They do this by tapping into the underlying infrastructure of the Internet.

Their intent is to create a "societal profile", a snapshot of what Americans are concerned enough to be communicating about. Originally intended as a mechanism to predict when the United States might be in peril of losing its place of preeminence, the process has been subjugated to the whims of a power hungry leader with his own peculiar agenda.

When a ten-year-old boy finds a hand-held computer and brings it home, it opens a window into the clandestine activities of the secretive agency.

Go to the Palm Sunday page