ORIGIN OF THE CUBICLE

Father Of The Cubicle

Robert Propst, father of the modern cubicle, said that he had hoped that his cubicle idea would "give knowledge workers a more flexible, fluid environment than the rat-maze boxes of offices." Oh well.

In Kyuboria a State Worker tries to get fired from his cubicle job so he can qualify for a grant to start his own company.. 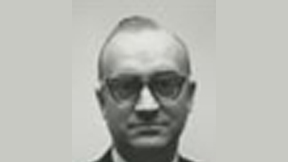 Robert Propst is considered the father of the modern cubicle because of his development of the Action Office while working at Robert Miller, Inc. However, his vision of a more worker friendly office environment was hijacked by corporate emphasis on efficiency and productivity.

The towering oak that is the cubicle began life as a sapling called Action Office, designed by the father of the modern cubicle, Robert Propst (1921-2000). Action Office was designed the in the early 1960s, setting in motion an office movement that its inventor did not especially like. 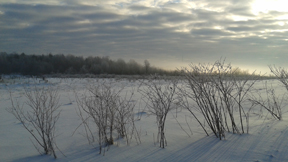 Established in 1905 as the Star Furniture Company, Herman Miller initially manufactured traditional wood furniture, but due to the effects of the Great Depression on the economy they transitioned to the modern office furniture arena. In 1960 they created the Herman Miller Research Corporation, and it was here that Robert Propst conducted studies concerning the modern office work environment.

He consulted with psychologists, an anthropologist, and mathematicians, and concluded that while the office environment had changed, especially in terms of information processing, the basic layout of the corporate office had not kept pace, and in fact impeded communication and personal initiative by warehousing office workers into monolithic workspaces, saying:

"one of the regrettable conditions of present day offices is the tendency to provide a formula kind of sameness for everyone."

In The Office: A Facility Based on Change, he wrote,

"We find ourselves now with office forms created for a way of life substantially dead and gone."

"The business of people talking to each other in offices is a very serious consideration. It is by far the most expensive achievement of offices: the grouping of people that allows conversational exchange."

"today's office is a wasteland. It saps vitality, blocks talent, frustrates accomplishment. It is the daily scene of unfulfilled intentions and failed effort."

Thus, he clearly was against the philosophy of reducing office workers to the same common denominator, and determined that something had to be done. 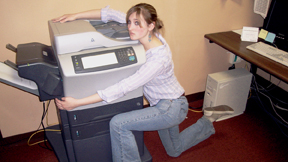 Propst went to work, and the result was Action Office I. This represented a dramatically new direction in office furniture design, featuring desks and workspaces that offered the worker the flexibility to assume the work position best suited for the task. In other words, it took into consideration the needs of the human. The photo to the left is not of Action Office I, but it captures the feelings that office workers may have felt about it.

Unfortunately, Action Office I was expensive, difficult to assemble, and poorly suited to large companies. 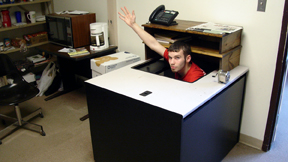 Like any good worker, Propst certainly wanted to produce a successful product. The redesigned Action Office II featured a vertically oriented workspace with modular components, which allowed a company to modify the work environment as desired. The photo to the left represents how office workers may have felt prior to Acrion Office II.

Inexpensive and easy to install, Action Office II represented the beginning of cubeland, and this new model of office workspace quickly became all the rage, filling the the needs of business regarding space and efficiency. Sales boomed. 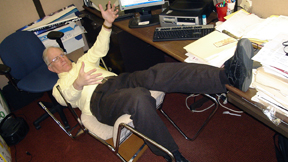 Office workers have to work someplace, and given the enormous increase in the flow of information over the past half century, there was bound to be an increase in the number of office workers. In fact, according to the U.S. Department of Labor, in 2013 "office and administrative support was the largest occupational group, making up nearly 16% of total U.S. employment". Storage of any commodity becomes an issue as that commodity drastically increases in quantity.

The cubicle is inexpensive and easy to deploy, can house large numbers of workers in a relatively small space, and offers some amount of privacy while keeping everyone on the team basically together. Thus, it fills the corporate need for efficiency and productivity, so it survives and thrives. Unfortunately, there are occasions when the cubicle dream falls on hard times. 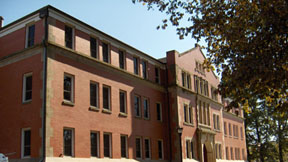 In 1997, three decades after his work on Action Office, Robert Propst said that he had hoped that his idea would "give knowledge workers a more flexible, fluid environment than the rat-maze boxes of offices," but regretted that his idea had evolved to some extent into just that, saying that "the cubicle-izing of people in modern corporations is monolithic insanity".

This is not exactly a ringing endorsement for a product that he helped design.

Propst was actually responsible for a number of inventions, including an electronic tagging system for livestock. At least corporate America never connected those dots, leaving a modicum of bovine seperation. Perhaps if Propst were still alive he would spend his time and energy developing an antidote to the cubicle. One wonders what that might look like.

Irony, it seems, is comfortable in a cubicle.

Kyuboria is about a State Worker who is trying to get fired from his cubicle job so he can qualify for a grant to start his own company - but the State never fires anyone.

This is the pathetically humorous story of one man's escalating schemes to get fired from an organization that doesn't know how. More than a humorous story of cubicle antics, Kyuboria is a metaphor for breaking out of the box.

Clint Palmer, the central figure of Kyuboria, has spent far too much time in the box. His weariness has been honed to razor sharp indifference, tempered by a total lack of interest. He realizes all too well that he must get out, if only to preserve his sanity, but his will to achieve has atrophied to the point of immobility.

Go to the Kyuboria page