Best Dog For The Job

In choosing a dog for the lead role in a canine novel various traits are considered. Each breed has its strengths, but which would exhibit the best combination of intelligence, endurance, and personality for this story? In at least one case the Papillon prevailed.

As a work of canine fiction The Human Society is an example of telling a story from the perspective of dogs, especially show dogs. A Papillon named Paps leads the way in this sometimes humorous, sometimes serious tale of canine discovery. 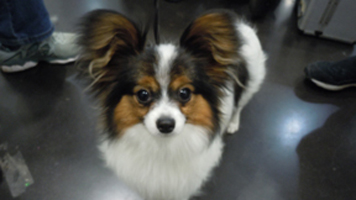 The Papillon is a small dog, and is also known as the Continental Toy Spaniel. Its ears are butterfly-shaped, hence its name, which means butterfly in French. If the ears drop down the breed is referred to as a Phalene, which means moth in French. Whether a moth or a butterfly, this breed is intelligent, agile, and quite popular.

Dogs in general are thought to have evolved from a early variety of wolf, now extinct. The early history of the Papillon is more artistic in nature, as recorded in various paintings by Italian artists, notably Tiziano Vicelli. In fact, the Papillon was a favorite of royalty from the 1500s on, and even in modern society they are popular among some celebrities, such as Christina Aguilera and George Takei, as well as others. As a breed, the Papillon was recognized by the AKC in 1935.

In some quarters it is thought that the Papillon is descended from the Chihuahua. More on this and other theories can be found at The Papillon Club of America, here: A Brief History of the Papillon..

Genesis of a Story 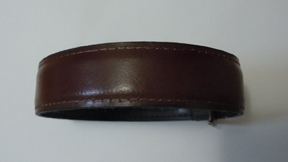 In writing The Human Society the author was inspired while driving past the Erie Humane Society, in Erie, Pa. He was also inspired by his Chihuahua's uncanny ability to influence human behavior. It was supposedly as if they could hear each others' thoughts. This might account for the uncannily accurate dialogue that occurs throughout the story between dogs, as well as other animals. At least, the accuracy has never been disproven, claims the author.

The main character is obviously not a Chihuahua, for several reasons. Because of the story line, the dog had to be bigger, faster, and more durable in a wild setting than a chihuahua. Besides, the Chihuahua has already had many opportunities in popular culture, and the Papillon deserved a shot.

The dog also had to have another ability, which is familiarity with human technology, and the prospect of acquiring more info. This dog can read. 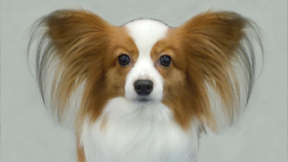 A key ingredient in the main character of a dog novel is intelligence. There are many dogs with high intelligence. Depending on who you ask, the smartest dog breeds are Border Collie, Poodle, German Shepherd, Golden Retriever, Doberman Pinscher, Shetland Sheepdog, Labrador Retriever, and Papillon. But how does one measure canine intelligence?

It turns out that there is a rather large are of study in the matter of intelligence that seems to boil down to the g-factor, or General Intelligence factor. The theory contends that there is a positive correlation among different cognitive tasks. This seems to be a fancy way of saying that a smart person (or dog) that does well on one intelligence test will also do well on another intelligence test measuring a different cognitive task. In the case of dogs the test seems to always involve a food treat. Perhaps if the same thing was done when testing humans the disparity in IQ results would even out.

We may never know. There was a study of 40 Border Collies done in Wales, in which the g-factor in dogs seemed to in fact present, even within the same breed. This would apparently indicate that some dogs are smarter than others, a conclusion that probably could have been reached without all that effort.

In addition to being smart, Papillons are also very fast and do well in agility courses, which is another kind of intelligence. If only there was some sort of test for land speed... 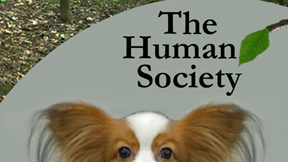 The Human Society is certainly not the first time that a Papillon appeared in popular culture, although such appearances have generally been fleeting. There are minor examples in the movies Click, The Bracelet of Bordeaux, and even in 101 Dalmations. It may be said that the paucity of examples suggests a starring role is long overdue, even if it is in a novel, rather than on the big screen.

Examples of non-Papillon dogs in fiction abound, with Call of the Wild, Lassie, and Rin Tin Tin coming to mind. Dogs are very popular, and many humans seem convinced that they possess human characteristics, and even human level intelligence. Even with the perfect main character, there are challenges in writing a novel that features a dog in the primary role, and one of these is location.

The characters must interact, and despite the best intentions of the humans, the dogs have little control over when they conggregate with other dogs. The humans control almost everything. Where can all of the required interaction with other characters occur, especially if most of them are dogs?. 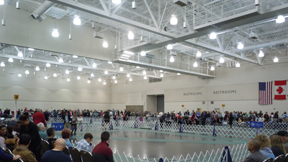 As a central gathering point for the characters in The Human Society dog clubs and dog shows were optimal. Both presented opportunities for mingling and planning, an essential combination for canine support of the aspirations of one of their kind.

The history and purpose of dog shows and dog clubs are closely intertwined, and go back over a hundred years. Each supports the other with the stated goal of furthering the cause of breeding purebred dogs. More on this topic can be found in this article by William R. Vitanyi: The Purpose of Dog Clubs and Dog Shows..

The Humane Society - the mistaken object of the main character's obsession - is another location that plays a central role. Perhaps if the Papillon's ability to read had been just slightly more refined, there would have been no story at all. This irony is all the more poignant when the Humane Society fulfills its real life role at important points in the story.

Hopefully this information is not too excessive a spoiler.... 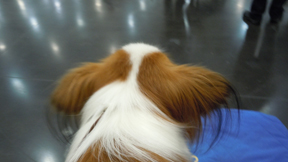 The central character in The Human Society required a combination of intelligence, agility, and problem solving ability. Likeablity, leadership, and a strong drive were also critical. The Papillon exhibits all of these traits, and was therefore a logical choice for the lead role.

The backdrop of dog shows and dog clubs provided a platform where the dogs could meet and interact on a regular basis, especially so with the dog clubs. Although subject in great measure to the whims of the humans, the dogs could nevertheless scheme and communicate sufficiently to impose their will, and their plans, however imperfectly. The Humane Society also provides a setting for important activities within the story.

Based on a misread sign, in the end The Human Society becomes a journey of canine discovery, and an example of how the Papillon in fiction is a breed apart.

About The Human Society

Dogs are often far more intelligent than we realize, and Paps has taken this to a new level. Thanks to time spent in front of a television he can read many human words, and understands a lot about human technology. This gives him a special perspective in his dealings with humans.

As a show dog Paps is treated well, but there is a gap between him and his human pack. One day he misreads a sign, which suggests a way to bridge this gap. This begins a perilous quest to become human by gaining entry to The Human Society building.

Told mainly from the perspective of dogs, canine intelligence is featured in a journey from dog shows to puppy mills and beyond. As with life, The Human Society is part drama, part humor, and is a revelation about the human-canine relationship.

Go to The Human Society page